A Splattering of Haunted Hotels for your consideration.

The Andrew J. Borden house (built in 1845) is located in what was once the booming textile mill town of Fall River, Massachusetts. It is the scene of one of the most infamous murders of all time. Andrew and his second wife Abby were discovered to have been hacked to death in their house in 1892 by someone that obviously did not like them very much. Andrew's daughter, 32 year-old Lizzie Borden was promptly arrested and stood trial for the murders in 1892, eventually being found innocent in 1893. 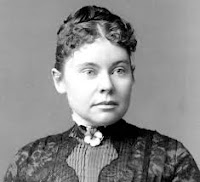 The members of the investigation team were subsequently admonished for their careless handling of the crime scene including the obvious faux-pas of neglecting to check for blood stains on Lizzie Borden. 123 years on, the mystery of who committed the crime will forever be left up to speculation.

The Queen Anne style two and a half story Borden house has long since been turned into a museum and bed & breakfast. Not surprisingly, paranormal experiences at the Borden house have been witnessed on a regular basis. Though I do have an interest in visiting the house as a museum, I will not be spending the night there; way too much bad juju for me.

If you are really jazzed about booking a night or two there, the guest room in which Abby Borden was killed is currently up for grabs on eBay.

"Lizzy Borden took an ax, gave her mother forty whacks
When she saw what she had done, she gave her father forty-one."

Hotel del Coronado
Opened in 1888, the Hotel del Coronado, which is located in the city of Coronado, California, is one of the last surviving grand wooden Queen Anne-style seaside hotels in the United States.  At the time that it was built it was touted as the largest beach resort in the world and over time, hosted various presidents, dignitaries and movie stars. 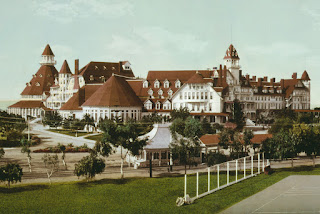 As if the history and the age of the structure would not be enough of a reason to call it haunted, there is a specific event that happened in the early years of it's existence that have triggered a series of paranormal experiences over the years.  In 1892, a young  woman named Kate Morgan checked into the del Coronado. Not long afterwards, her body was discovered on the steps leading to the beach with a gunshot wound to her head. At the time, her death was ruled a suicide as she had indicated that she had been waiting for her husband who in fact never showed up.  Or did he?
Once again, we will never know for sure...
﻿﻿

Another reason to visit the "Del"?  The 1959 Billy Wilder film, "Some Like it Hot" (one of my personal favorites), starring Marilyn Monroe, Tony Curtis and Jack Lemmon was filmed at the del Coronado. This hotel certainly does have a spirited past.﻿
Hotel Malmaison
Seriously? Located in Oxfordshire, England, this is a former Norman fortress built in 1071 during the time of William the Conqueror, turned Victorian prison, turned boutique hotel. It's interior décor is a blending of modern style infused with many of the original elements of it's grisly past. As elegant as it appears, it is hard to ignore the original shell of the old prison.

Needless to say, it's a no brainer that there might be plenty of spiritual commotion going on here: murderess Mary Blandy was executed at the castle in 1752 and there have been numerous sightings of her since.

Out of curiosity I might think about grabbing a drink here if I was to pass through Oxfordshire one day, but there is no way I would ever consider for one minute spending a night here! But go for it if you feel so inclined. 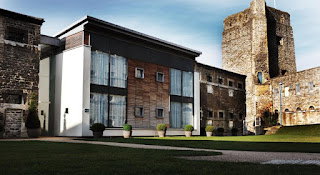 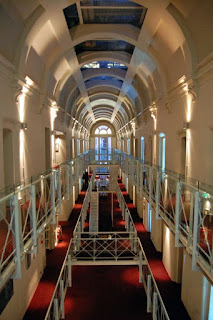 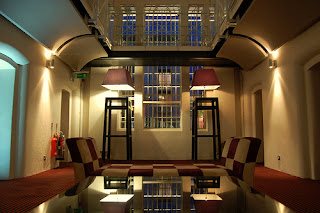 Hotel Burchianti
A 17th Century palazzo in the heart of Florence, Italy?  I may have to make an exception. Ghost children giggling and skipping down the hallway, an old lady sitting in a rocking chair and knitting and a cloudy pink apparition in the fresco room all seem relatively tame in comparison to the aforementioned haunts.  But as one of Europe's most haunted hotels, Pensione Burchianti has been host to some more aggressive spirits as well. Physical manifestations such as the sensation of ice cold breath on your face and pressure on your chest are reasons to hesitate when considering a stay here. 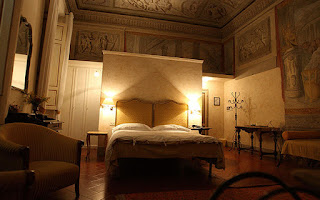 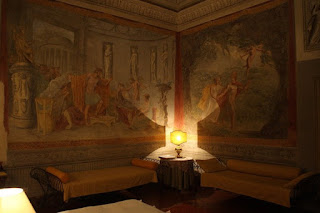 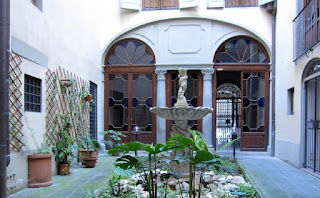 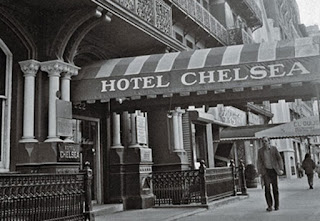 Strangely enough, being that I am a native New Yorker, I have never once stepped inside the Chelsea Hotel, an imposing red brick building located on West 23rd Street in New York City. Originally intended as a utopian artists colony, it was built between 1883 and 1885 and at that time, was the tallest building in New York.

Architecturally, it is a blend of both Victorian Gothic Revival and Queen Anne styles and it's iconic façade is festooned with delicate floral ironwork balconies. The interior of the hotel boasts a magnificent staircase that makes it's way up twelve floors.

The Chelsea Hotel closed and opened several times under different owners over the years and has counted within it's walls the most notable and infamous of writers, musicians, artists and actors as residents. Dylan Thomas, one of the most famous of it's tenants, died there in 1953 due to complications from bronchitis and pneumonia. Sightings of the ghost of Dylan Thomas have supposedly taken place in room 203 where the illustrious poet and writer resided. In my lifetime, when Chelsea was a less than favorable neighborhood, Punk Rocker Sid Vicious stabbed his girlfriend Nancy Spungen to death in their room in 1978. Sid died soon after while awaiting trial, from a heroin overdose. Sightings of both Sid and Nancy have been frequently documented.
﻿ 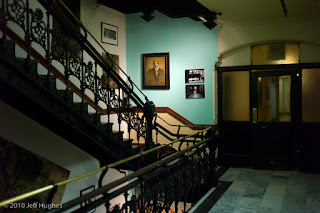 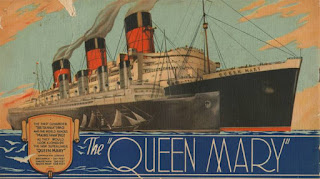 The grand luxury liner, RMS Queen Mary began her life in a shipyard in Clyde, Scotland and made her maiden voyage in 1936. The 1000 foot ship, which was larger and faster (and apparently more buoyant) than the Titanic, was host to the wealthiest and most famous of passengers. Greta Garbo, Clark Gable, Fred Astaire, George & Ira Gershwin, Queen Elizabeth and General Eisenhower are but a few of the many illustrious passengers that enjoyed it's early voyages. My grandmother traveled on the Queen Mary at that time and spotted the Duchess of Windsor taking tea. 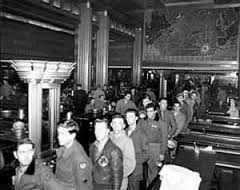 When the war broke out in Europe in 1939, luxury cruising came to an abrupt stop and the "Queen Mary" was transformed into a Troop ship. In that duration the liner transported 800,000 troops at the beginning of the war and 22,000 war brides and their babies at the close of the war. It even participated in the invasion of Normandy. The ship's exterior had been painted a dull gray assimilating itself to wartime colors and it became known as "The Grey Ghost", (a very apt title for this vessel as it is purported to be one of the most haunted spots in the world).

In 1947, the ship was refurbished to it's original glory and resumed it's elegant transatlantic luxury cruises until it's final trip in 1967.

At least 150 different ghosts have been sighted over the years and no less than 49 deaths have been reported on the Queen Mary, now a floating hotel and museum permanently docked in Long Beach, California. The most intense "hotspots" include the boiler room, the engine room and the first-class swimming pool which has been long since abandoned. 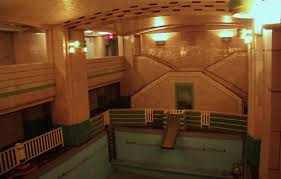 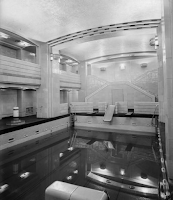 Above: Early and present day photos of the first-class swimming pool aboard the "Queen Mary". There have been numerous sightings of early passengers in swimsuits. 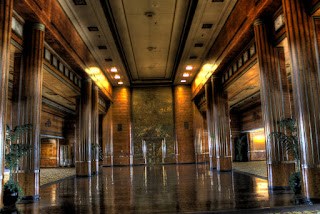 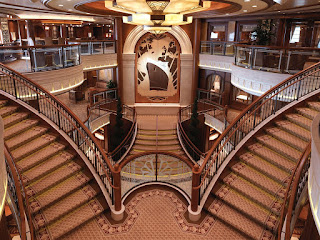 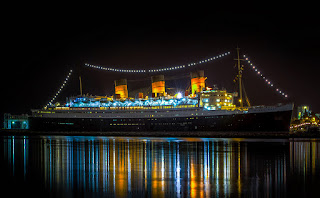